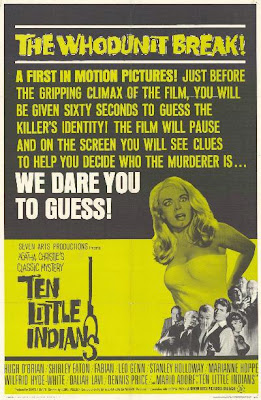 The individual plummets of husband and wife Joseph and Elsa Grohmann; a German couple, domestics-for-hire. Either shady post-Holocaust Nazis or shady post-Holocaust Jews (vague non-details and allusions ambiguously non-integrated), who jointly share a murderous past and a jointless death -- played by an appropriately cast Mario Adorf and Marianne Hoppe.

The first of three remakes of Rene´Clair’s 1945 version of Agatha Christie’s classic whodunit template AND THEN THERE WERE NONE by producer Harry Alan Towers (aka screenwriter Peter Welbeck) -- the second and third were perpetrated in 1975 by director Peter Collinson set in Iran and 1989 by Alan Birkinshaw set in South Africa, respectively. 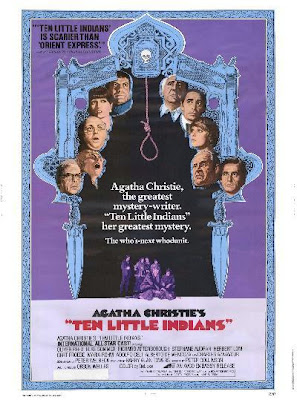 This one is set in a snowbound Swiss mountain chateau and delivers the goods in a solid, amusing style with a cast perfectly suited both to its genre and era of production. It also delivers an outstanding dummy-death! 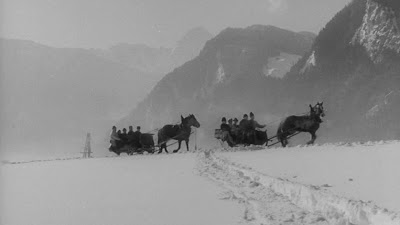 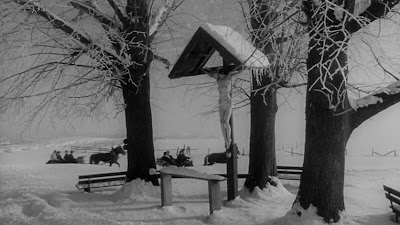 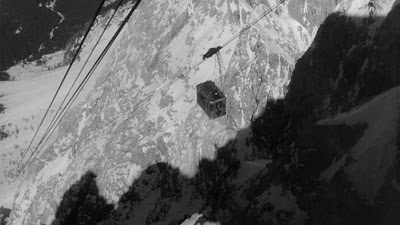 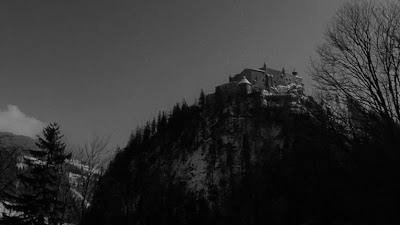 So throw another log on the fire, pop open the Harvey’s Bristol Cream, slap on the Hai-Karate and Jean Nate´ and freefall with these two sequences:

Where’s the beef?
No dummy, you say? Why -- you’re right -- by gum! But the visual mathematics of the sequence’s sheer brutality -- the complete awareness of what is happening to Elsa -- 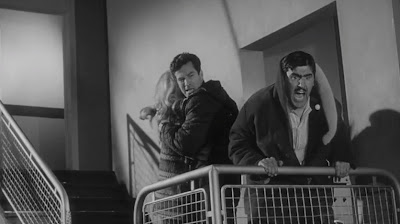 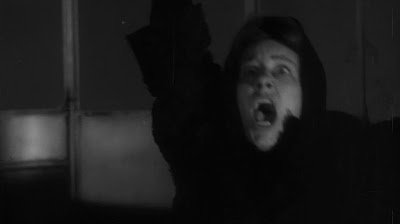 -- orchestrated to a symphony of her screams and crunching metal and rock -- all conspire to set the audience up for what will inevitably be the show-stopper yet to come. 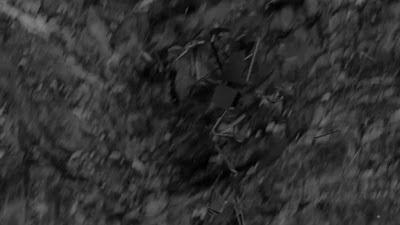 Cleverly, the filmmakers deprive us of a flopping, cascading carcass this first time around, hypnotically suggesting to the viewer:

and 2) that we should rightfully expect more, more, more on that inevitable next journey down the mountain.

The set up is perfect. 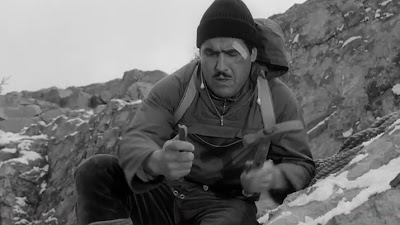 Director Pollock neatly establishes a treacherous environment with deft location shooting and effective use of both character and audience-only subjective point of view. 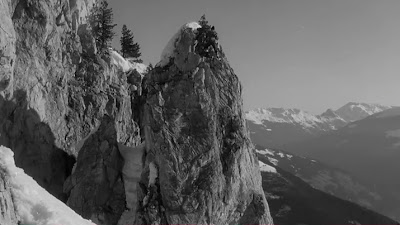 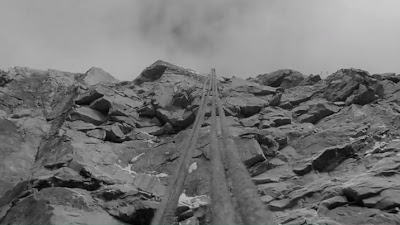 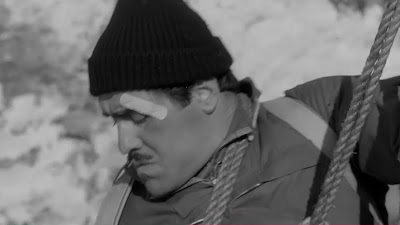 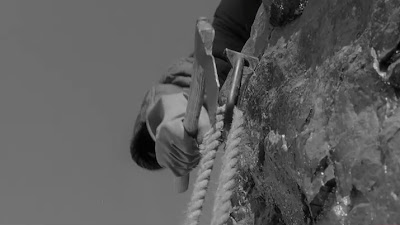 He also pulls off a double deception -- Mario Adorf first turns into uncredited stunt double Larry Taylor before turning into a faceless, boneless sack of laundry during his tumble to oblivion. 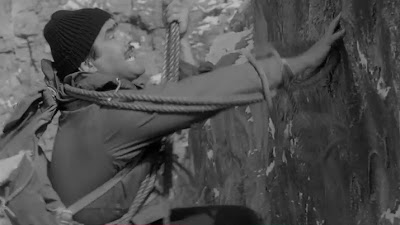 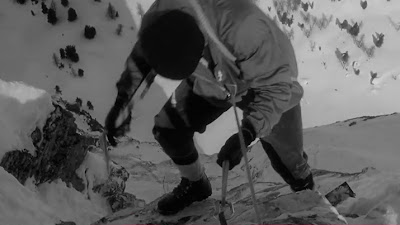 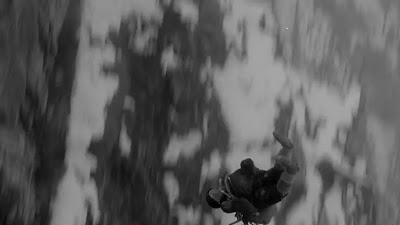 A scrumptious visual metaphor hidden within the fabric of a movie superficially about people who may or may not be responsible for the crimes they are accused of and punished for -- and one that literally and figuratively deals with people rarely being who they are supposed to be time and time again. Bon apetit!
Posted by The Flying Maciste Brothers at 11:17 AM