Fever-dream movie based on the fever-dream writings of opium addict Thomas De Quincy. 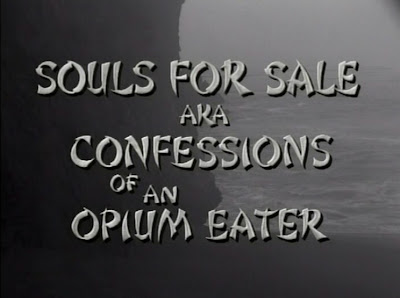 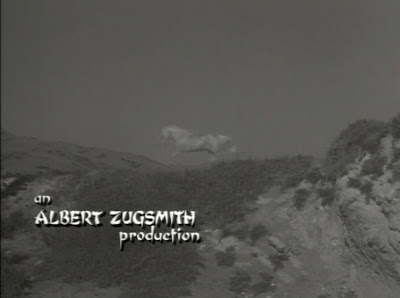 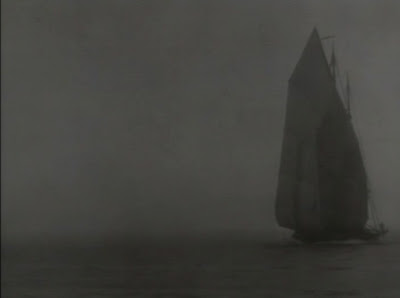 Vincent Price (aggressively steered away from stereotype) stars as Gilbert De Quincy, a seaman who, in between opium-induced trip-outs, wiles away his time rescuing victims of human slavery during the San Francisco Tong Wars of the 1800’s and waxing philosophic with the local drug and flesh peddlers. 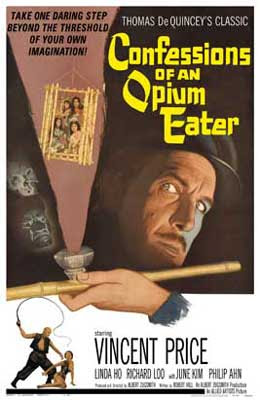 Director Albert Zugsmith has pondered the nature of existence before -- he produced Jack Arnold’s THE INCREDIBLE SHRINKING MAN (1957) and directed PSYCHOPATHIA SEXUALIS... ON HER BED OF ROSES (1966) -- here he ruminates again and, in doing so, pulls out all cinematic stops (including a sterling array of dummy-deaths and dummy-death presentation styles). 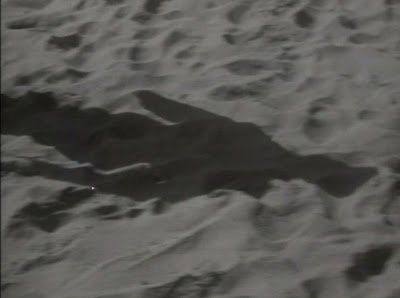 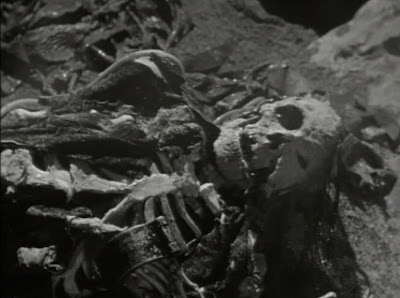 Our first clip speaks for itself as the physical tenuousness of existence is visualized with a Freudian flourish and a solid human/dummy switch-a-roo.


The next clip evokes a Chinese proverb that virtually speaks the age-old lament of the dummy.

Zugsmith has the keen vision to underscore the profundity with a second physical substitution -- a live seagull into a dummy gull -- all sutured into the viewer’s realm of acceptance by keeping the deception firmly seated within the unblinking point of view of Vincent Price and a young lady passerby.

Next, De Quincy is knocked unconscious. As if in a waking dream, De Quincy opens his eyes to see a wall of ornate Oriental costumes - inanimate, menacing, mysterious. 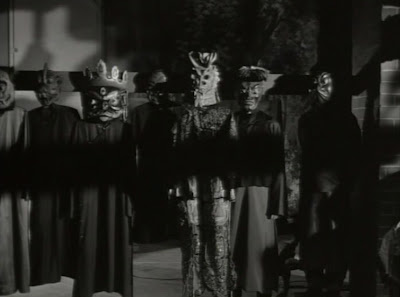 De Quincy hangs alongside and opposite more masked costumes (in, synchronously, a confrontational position as well as one that signals an eventual transformation from living man to counterfeit man). 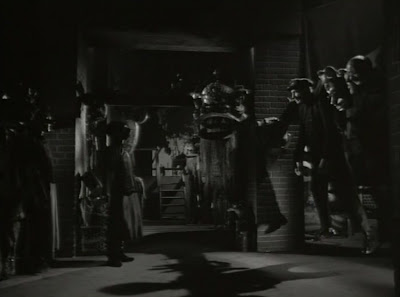 One mask speaks to him - De Quincy responds, attempting to dissuade the obvious visual association with dead meat -- 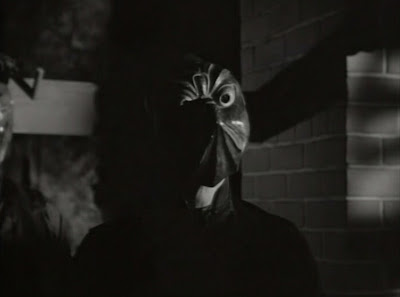 Zugsmith here pulls off an imaginative reverse deception (or "transformation") --

The walking, talking costume is, in fact --

Price’s narration over his De Quincy character’s opium-dream/nightmare states quite bluntly the thoughts/concerns that would befall a cinema dummy, something De Quincy is all too preoccupied with with becoming...

He throws everything in -- from what appears to be stock footage from Bert I. Gordon films to a disembodied, crawling Paul Blaisdell alien hand lifted from Edward L. Cahn’s INVASION OF THE SAUCERMEN (1957)!

The dream/nightmare continues and concludes with De Quincy’s dreaded/inevitable transformation into something other than “alive” or “dead” in perhaps what is one of the most bold and inventive dummy-deaths ever perpetrated on film.

The immaculate deception is three-tier:
1) First stage is the falling De Quincy in medium long shot.
2) This is followed by the replacement of actor Vincent Price by a stuntman with his face carefully hidden by his cap.
3) The effect is finished off by a seamless substitution of “dummy” for stuntman -- in this unique instance, the dummy is an optically manipulated silhouette photo cut-out!

What Zugsmith ultimately accomplishes with CONFESSIONS OF AN OPIUM EATER, wholly aside from the “intentional” or “superficial” objectives of the narrative, is the construction of an ode to the cinema dummy -- a sympathetic tone poem that lies somewhere snugly nestled between tribute and elegy. 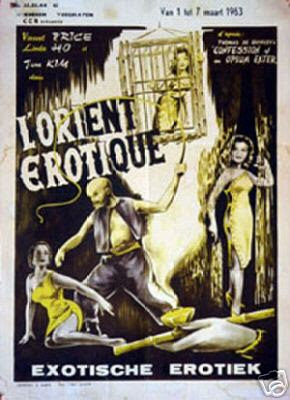 Posted by The Flying Maciste Brothers at 12:41 PM