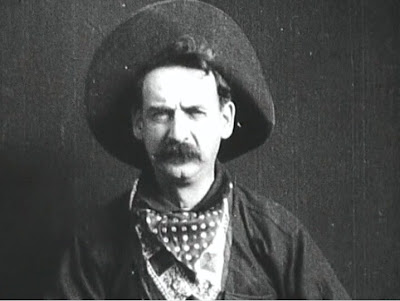 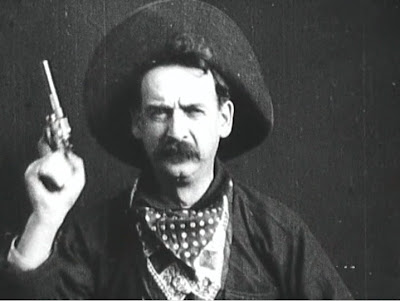 Couldn’t say it any better than this citation from Tim Dirks’ invaluable website, www.filmsite.org:

“One of the milestones in film history was the first narrative film, The Great Train Robbery (1903), directed and photographed by Edwin S. Porter - a former Thomas Edison cameraman. It was a primitive one-reeler action picture, about 10 minutes long, with 14-scenes, filmed in November 1903 - not in the western expanse of Wyoming but on the East Coast in various locales in New Jersey (at Edison's New York studio, at EssexCounty Park in New Jersey, and along the Lackawanna railroad)." 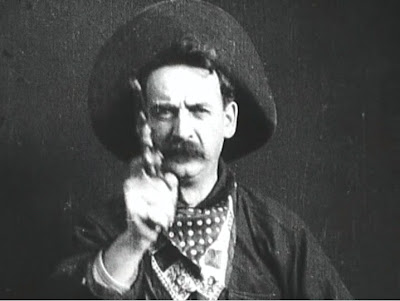 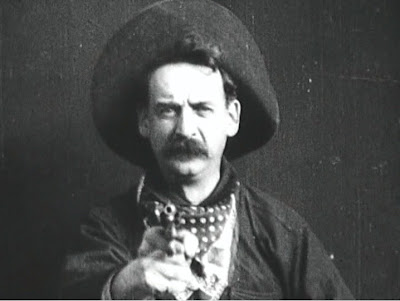 "The film was originally advertised as "a faithful duplication of the genuine 'Hold Ups' made famous by various outlaw bands in the far West." The plot was inspired by a true event that occurred on August 29, 1900, when four members of George Leroy Parker's (Butch Cassidy) 'Hole in the Wall' gang halted the No. 3 train on the Union Pacific Railroad tracks toward Table Rock, Wyoming. The bandits forced the conductor to uncouple the passenger cars from the rest of the train and then blew up the safe in the mail car to escape with about $5,000 in cash." 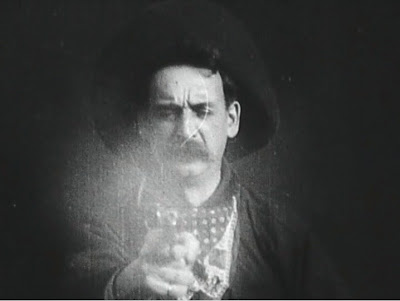 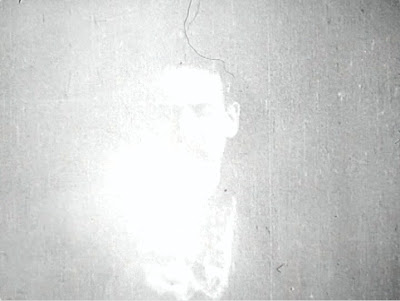 "The film used a number of innovative techniques, many of them for the first time, including parallel editing, minor camera movement, location shooting and less stage-bound camera placement. Jump-cuts or cross-cuts were a new, sophisticated editing technique, showing two separate lines of action or events happening continuously at identical times but in different places. The film is intercut from the bandits beating up the telegraph operator (scene one) to the operator's daughter discovering her father (scene ten), to the operator's recruitment of a dance hall posse (scene eleven), to the bandits being pursued (scene twelve), and splitting up the booty and having a final shoot-out (scene thirteen). The film also employed the first pan shots (in scenes eight and nine), and the use of an ellipsis (in scene eleven). Rather than follow the telegraph operator to the dance, the film cut directly to the dance where the telegraph operator enters. It was also the first film in which gunshots forced someone to dance (in scene eleven) - an oft-repeated, cliched action in many westerns. And the spectacle of the fireman (replaced by a dummy with a jump cut in scene four) being thrown off the moving train was a first in screen history.” 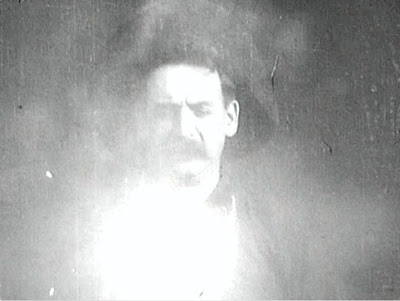 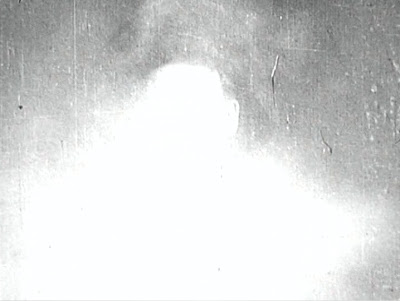 “Scene 4: The tender and the interior of the locomotive cab, looking toward the front of the train: The train is moving about 40 mph. While the two bandits have been robbing the mail car, another bandit climbs over the tender and holds the engineer at gunpoint. A fourth bandit struggles with the fireman, who has seized a coal shovel for defense and climbed up on the tender. They have a fist-fight on the tender until they fall. The bandit has the advantage - he lands on top of the fireman. He takes a lump of coal and strikes the fireman on the head until he is unconscious. Then after overpowering him, he hurls the victim's body off the top of the moving train. [This was a startling special effect, although it was only a dummy figure.] The two bandits force the engineer to bring the train to a stop.”

This, historically, the first example of a dummy-death in film, is also, thankfully, a primo example!

The transition from man to dummy is bold and confidant. The shocking violence against the fireman character sutures the audience’s stunned involvement to the act they, as pure voyeurs, are helpless to prevent. The jump-cut to the dummy transcends the stuffed-clothes nature of the dummy itself by it’s ultimate insistence that the dummy is still the character of the fireman.

Note that even though the initial audience for this effect were not used to 1) seeing violence of this degree and 2) seeing this entirely cinematic effect, audiences today and forever are asked to similarly accept and react to that very simple visual bridge between real and unreal. It is an effect that begs to simultaneously be taken for granted and reacted to. If the effect were performed entirely by the actor, the impact would be greatly lessened, though visually it would be more “believable.” It is essential to have the substitution of dummy for man for the sustained frisson to occur.

So ultimately, and most probably inadvertantly, THE GREAT TRAIN ROBBERY provides, amongst many firsts in such a deceptively literal film, the first cinematic lesson in existential visual metaphor - though it is born consciously out of a practical necessity on the part of the filmmakers - and though, that metaphor is individual to each viewer; even indistinct or non-existant to some depending on the viewer's acceptance or rejection of the dummy-death.

Cinema/Character must be literally, instantly swapped out of his physical “life” to sell the jolt of the violent act, but in doing so, agitates the Cinema/Viewer’s complex subconscious concerns of just such a replacement. 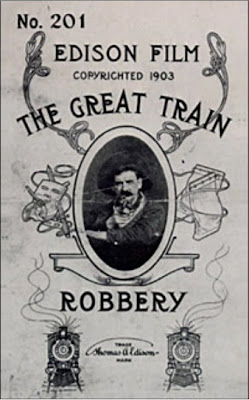 Posted by The Flying Maciste Brothers at 1:52 PM

Thanks for the info. I am going to show a high school music appreciation class the film and will use the comments posted to enhance the viewing. You added some info that I did not have.
Music teacher, Antlers,OK